It goes without saying that football is a religion in , and high school football is the emblematic icon of that faith. Across all corners of the state, the world stops on Friday Night as communities gather under the vaporous glow of beckoning light towers piercing coal night skies above the stretching plains.

Reaching for a venue that embodies the best of football, our feature high school game for 2010 was the fabled Southlake Carroll Dragons.

Southlake, for those of you unfamiliar, is one of the most storied high school football programs in , and therefore the country. The Dragons boast seven 5A Championships and from 2002-2006 compiled a record of 79-1 including three consecutive state titles from 04’-06. Gregg McElroy, Chase Daniel and Scott Chandler were just a handful of recent graduates whos names may sound familiar.

Despite occupying the outskirts of DFW airport, Southlake is one of the wealthiest suburbs in , and features some of the gaudier McMansions ever to sport a replica medieval entryway. Lets just say the fanbase at Southlake is a bit of a different demographic than you may be familiar with. Bleach blond trophy wives toting their True Religion clad pre-teens around the bleachers are the norm inside the 11,000 seat, $15 Million dollar concrete Dragon Stadium behemoth. The entire atmosphere is unapologetically competitive and elite. That said, it’s an environment that breeds exceptional athletes and scholars, so they are certainly doing something right. 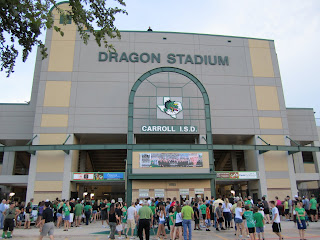 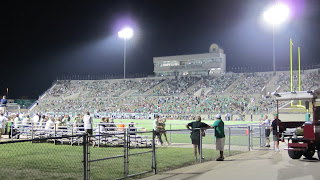 On the field, the game had all the action and regalia we have come to expect from big time High School football. Full bands were in attendance, each putting on impressive half time shows including a rendition of “On Wiscsonin” aka The Southlake Carroll school song (many songs are borrowed from Big 10 Schools). The speed of play was impressive for a high school game, and despite a handful of turnovers, execution was remarkable for a bunch of 16-18 year olds. 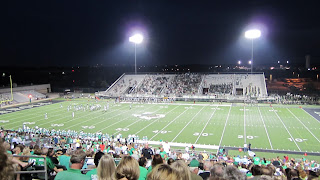 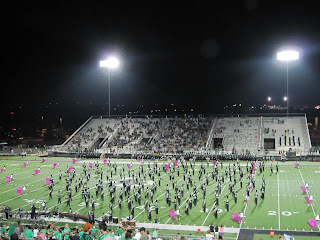 In the end, Southlake overcame a 10 point 4th quarter deficit to stretch the game into overtime, where they promptly stuffed in a 17 yard run and held on for the win.

Don’t worry about missing any of the on field action when you need some nachos, Dragon Stadium has you covered on the concession stand plasma screens. 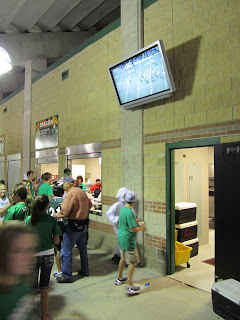 Drugs are sumptuous, and certain humanity cannot get the medicaments they need. Certain drugs are mostly used to treat varied types of infection caused by certain types of bacteria, such as tonsillitis and infections of the throat. If you’re concerned about sexual problem, you probably know about http://isviagraoverthecounter.com/Male-Enhancement-Pills.html. What are side effects of Cialis? There are different drugs for male emasculation cure. Very likely Male Enhancement Pills Over the Counter is a very complicated topic. More information about Cialis available at best male enhancement pills over the counter. While the generic is credited with improving nausea, it may also kill the mood in bedroom. All kinds of medications, from those that are considered ‘all natural’ to those that are chemically produced in a laboratory, may cause some kind of aftereffects.