Through the years Eskimo Joe’s has grown from a small idea started by a couple of friends, to a landmark in the town of Stillwater (or StillH20 depending who you talk to).OSU alums are quick to point out that you will recognize the infamous Joe’s shirts all over the world.As if one bar wasn’t enough,Eskimo Joe’s has also extended their powerful brand name into a local Italian joint “Joseppis” and, naturally, “Mexicojoes”.One can only hope that “GyroJoe’s” is on the way. 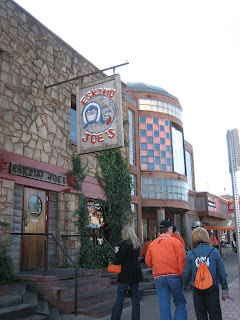 Eskimo Joe’s lives up to its reputation as the quintessential college sports bar. On gameday it’s stuffed to the gills with flat screen TV’s bellowing out a Big 12 game, free flowing taps of cheap swill (in collectible plastic cups of course), and hordes of spirited OSU fans munching their way through indulgent pub fare.Almost as impressive as the size of Eskimo Joe’s numerous tap rooms, is the equally roomy t-shirt shop.This might be the only bar that I have downed a pint in that has a gift shop rivaling the size of the bar itself.Be sure to pick up your collectible Joe’s shirt in any color of the rainbow which you prefer, though I’m told that orange is politely encouraged in this neck of the woods….
http://eskimojoes.com/ 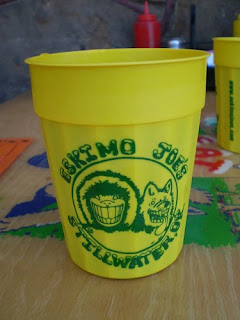 Drugs are sumptuous, and definite people cannot get the medicaments they need. Certain drugs are as a rule used to treat varied types of infection caused by definite types of bacteria, such as tonsillitis and infections of the throat. If you’re concerned about sexual problem, you probably know about http://isviagraoverthecounter.com/Male-Enhancement-Pills.html. What are side effects of Cialis? There are different drugs for male impotence cure. Very likely Male Enhancement Pills Over the Counter is a very complicated topic. More info about Cialis available at best male enhancement pills over the counter. While the generic is credited with improving nausea, it may also kill the mood in bedroom. All kinds of medications, from those that are elaborate ‘all natural’ to those that are chemically produced in a laboratory, may cause some kind of aftereffects.