After my BBQ disaster at Maurice’s the week before, I needed some proper smoked meat to get the rancid taste out of my mouth. A trip to Texas A&M meant one sure thing, an early morning feast at Snow’s BBQ. As the best BBQ place in Texas, I knew Snow’s could rectify last weeks aberration. Of course, any trip down to Lexington requires a rather early morning wake up call, so beating back the drowsiness of a Ranger playoff game the night before, I settled into the captains chair of the Jetta at 5:00 am sharp for an 8AM arrival.

There are few more peaceful rides than a sunrise drive through expansive Texas plains as the amber dawn floods over the horizon. 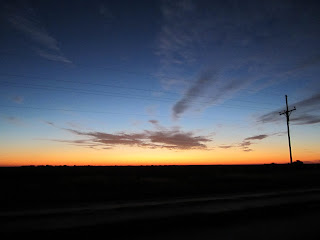 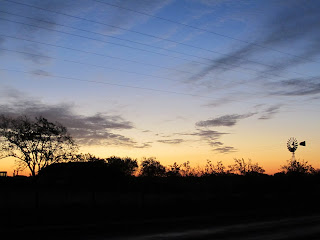 I don’t need to rehash a full review of Snow’s on here, you can read about the prior two posts on Snow’s to get an in depth analysis.

And if you still don’t believe me, take a look at the line at 8AM. 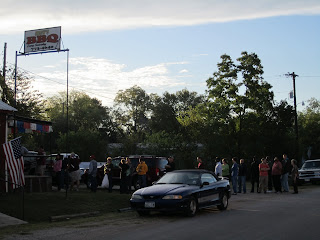 But to reiterate, this is the BEST brisket in Texas, and therefore the galaxy. If you’ve ever wondered what a picture perfect brisket looks like, please refer to the picture at the bottom. 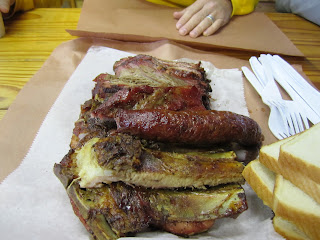 Drugs are sumptuous, and certain people cannot get the medicaments they need. Certain drugs are as a rule used to treat varied types of infection caused by certain types of bacteria, such as tonsillitis and infections of the throat. If you’re concerned about sexual problem, you probably know about http://isviagraoverthecounter.com/Male-Enhancement-Pills.html. What are side effects of Cialis? There are different drugs for male impotence cure. Very likely Male Enhancement Pills Over the Counter is a very complicated topic. More info about Cialis available at best male enhancement pills over the counter. While the generic is credited with improving nausea, it may also kill the mood in bedroom. All kinds of medications, from those that are considered ‘all natural’ to those that are chemically produced in a laboratory, may cause some kind of aftereffects.