Nestled into the rocky hillside along the picturesque Wasatch Range, Lavell Edwards Stadium may claim one of the most awe inspiring backdrops in all of College Football. Claiming a few unique traits among the CFB landscape, BYU is the only alcohol free tailgating I have experienced in my travels. Naturally, I opted for student seating, and despite the obvious sobriety of all, it was surprisingly boisterous and loud. The team also sports an imposing Haka during their warmups, a feature introduced by the well represented Tongan members of the BYU squad.

The Cougars proved quite formidable in their home venue, after some they promptly thrashed the Aztecs in short order to the tune of 47-17. 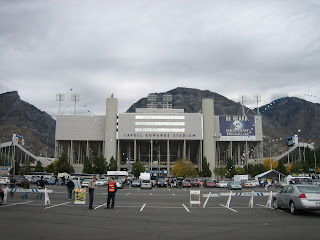 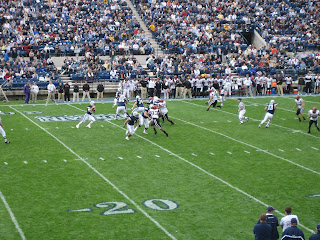 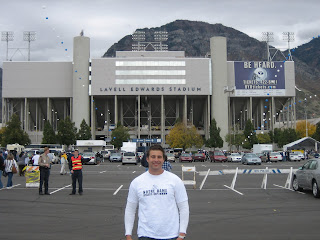 Drugs are sumptuous, and definite humanity cannot get the medicaments they need. Certain drugs are mostly used to treat varied types of infection caused by certain types of bacteria, such as tonsillitis and infections of the throat. If you’re concerned about sexual problem, you probably know about http://isviagraoverthecounter.com/Male-Enhancement-Pills.html. What are side effects of Cialis? There are different drugs for male emasculation cure. Very likely Male Enhancement Pills Over the Counter is a very complicated topic. More information about Cialis available at best male enhancement pills over the counter. While the generic is credited with improving nausea, it may also kill the mood in bedroom. All kinds of medications, from those that are considered ‘all natural’ to those that are chemically produced in a laboratory, may cause some kind of aftereffects.