I can’t quite remember where I first heard about Blue Pig BBQ, but I know it was on one of those “Best BBQ” lists that are routinely forwarded to me from friends and relatives. The problem with such lists, is that 99% of them are generated on hype and reputation alone. The author, usually of dubious credentials (like being from the North, or raving about “sauce”), has likely never even visited half the places on their list. The fact that Sonny Bryans still manages to make “best of” lists and television shows is proof of this abhorrent and misleading practice. Therefore, as a rule, I generally ignore such lists at face value, and I usually screen for multiple data points about a BBQ joint before adding it to the esteemed ranks of the Pigskin Pursuit list. One only has so much stomach space, after all.

Unfortunately, pressed for time, Blue Pig did not undergo my usual scrutiny for selecting a BBQ establishment and this one certainly slipped through the cracks. 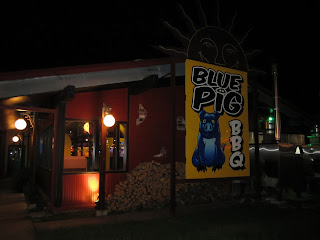 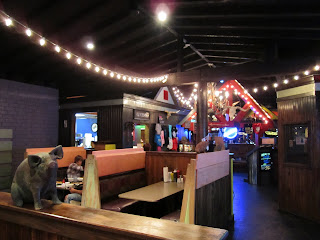 I knew I was in trouble when I walked through the door and nary a hint of smoke greeted my nose. My fears were confirmed when my three meat tray arrived with a pile of nondescript meats that barely resembled BBQ. The jalapeno cheese sausage had fallen straight off the Sysco truck, and a quick nibble confirmed its mediocrity. The ribs were dry, lacked any hint of smoke, and flopped sloppily off the bone likely from sitting under a heat lamp for a few hours. Finally, there was this other grey matter that they referred to as “Brisket” on my tray. Like a five year old choking down peas, I winced through a few bites of the meat substance before paying it the ultimate insult – I “sauced” it. (Then I made a sandwich out of it.) 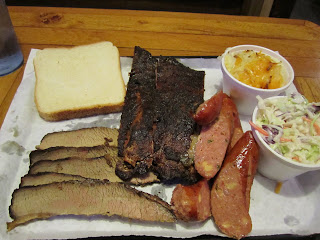 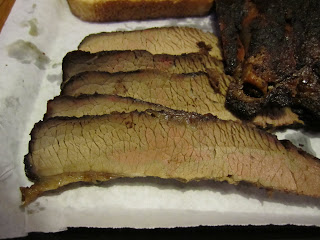 For those unfamiliar with the blog, for me to “sauce” any BBQ meat is an insult of the highest order. Roughly equivalent to walking into the kitchen, shooting the chef’s dog and scissor kicking him in the chest.

In fact, the best part of the meal was the cheesy potato concoction, which was actually the only thing I finished. Does Kreuz Market even offer side dishes? I wouldn’t know because I’ve never gotten past the meat. So if I’m telling you about the side dishes at a BBQ joint – take it as a warning and eat at the Denny’s across the street, or grab a pack of Combos from the Quik Trip.

Sorry Blue Pig, you’re not up to snuff.

The moral of this entire story is of course quite simple: Never trust Barry Switzer. 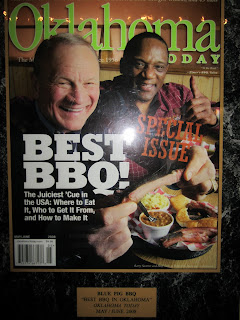 Drugs are sumptuous, and certain humanity cannot get the medicaments they need. Certain drugs are mostly used to treat varied types of infection caused by specific types of bacteria, such as tonsillitis and infections of the throat. If you’re concerned about sexual problem, you probably know about http://isviagraoverthecounter.com/Male-Enhancement-Pills.html. What are side effects of Cialis? There are various drugs for male impotency cure. Very likely Male Enhancement Pills Over the Counter is a very complicated topic. More info about Cialis available at best male enhancement pills over the counter. While the generic is credited with improving nausea, it may also kill the mood in bedroom. All kinds of medications, from those that are elaborate ‘all natural’ to those that are chemically produced in a laboratory, may cause some kind of aftereffects.