I felt compelled to offer a small sidebar post this week on another eerie encounter with Garth Brooks.

Garth has been a peculiar subthread throughout many of our travels thus far.In week three we listened to the entire Garth Brooks Greatest Hits album played front to back at Spanky’s in Lubbock.In week four, we sang along to the Garth Brooks hit “Callin Baton Rouge” with 93,000 other LSU fans in Tiger Stadium.
And in week five, we had another odd encounter with Garth Brooks…..this time Garth Brooks himself!We just can’t get away from this guy.Then again, he doesn’t appear too busy these days, so hamming it up on the OSU sideline is probably good way to fill his ample time. 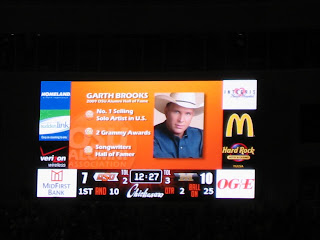 Garth Brooks was honored on field during halftime by OSU along two other famous OSU alums; Barry Sanders and Robin Ventura.If that third name seems odd, it’s because it is.Let me run this down for you.
Garth Brooks: Arguably the biggest country star of all time.

Barry Sanders: Heisman winner and arguably the greatest NFL running back of all time.

(Here they are on the field) 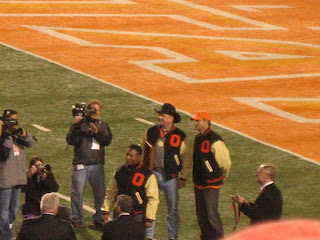 Lest you forget, Robin Ventura’s sole claim to fame was getting pummeled by a forty something Nolan Ryan in the twilight of his career, after Ventura thought it would be a good idea to charge the mound on the Texas legend.

(This is the best video I could find, the fight starts at :45) 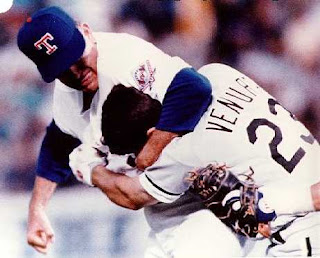 Something about seeing Robin Ventura in the same context as Barry Sanders and GarthBrooks gave me a chuckle.
But getting back to Garth Brooks for a minute, at the rate we are going this year, I think next week we might be lined up for a personal concert from the “shameless” man himself.

Drugs are sumptuous, and specific people cannot get the medicaments they need. Certain drugs are mostly used to treat varied types of contagion caused by specific types of bacteria, such as tonsillitis and infections of the throat. If you’re concerned about sexual problem, you probably know about http://isviagraoverthecounter.com/Male-Enhancement-Pills.html. What are side effects of Cialis? There are different drugs for male impotency cure. Very likely Male Enhancement Pills Over the Counter is a very complicated topic. More information about Cialis available at best male enhancement pills over the counter. While the generic is credited with improving nausea, it may also kill the mood in bedroom. All kinds of medications, from those that are considered ‘all natural’ to those that are chemically produced in a laboratory, may cause some kind of aftereffects.