If you’re inclined to take a gander at a map, you would notice that Google’s preferred route from Dallas to Oxford routes you on I-40 through Memphis, Tennessee. Memphis is famous, of course, for Johnny Cash and Elvis. Evidently, they also make some ribs there once in a while.

More to the point, Charlie Vergos’ Rendezvous Barbecue is internationally renown for being one of the most famous rib joints in the country. You have probably seen this place on scores of different television shows, magazine articles and “best of” lists. It’s a landmark in Memphis, and, apparently, I’m the only person on the planet to have circled the block three times in search of the place because it’s discreetly tucked away in an alley. 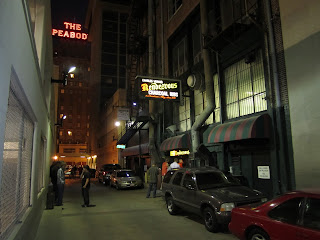 Judging by the throngs of hungry patrons waiting outside on a Friday night, Ol Charlie runs a pretty robust business. But since I had a hot date with a catfish sling in Oxford, I bypassed the line for an open bar stool, and hurriedly ordered up a two meat combo of brisket and their famous ribs. This would be a quick affair, so I admittedly did not get a chance to soak in the entire experience. Memphis BBQ is noted for their emphasis on the “dry rub” style of ribs, which are heavily dusted before and after cooking with a mixture of seasonings. If you’re a regular reader, you already know that I much prefer a dry style of ribs and the well seasoned Rendezvous ribs had a pleasant spicy “bite” to them. I was a bit put off by it at first, but slowly I kept reaching for one rib after another, until I found my platter empty. They were oddly addicting, and got better with each successive bite. There are two downsides I would note. The first was that their charcoal cooking method leaves the rib meat a bit on the dry side for my taste. You have to work a bit to tug the meat from the bone, and I found myself reaching for the water glass more often than I would like. Second, was that the ribs didn’t have a very strong smoke profile to them, and I couldn’t really detect it in the meat. While it may have been intentional from their cooking methods, it left me wanting more. 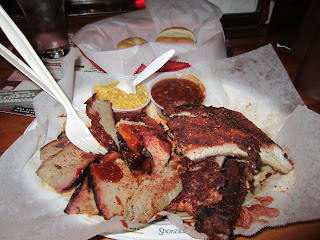 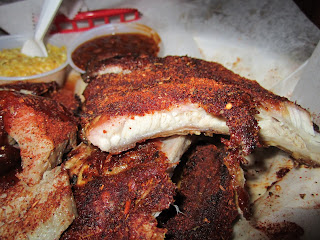 To answer everyone’s lingering question; in a head to head battle I would still opt for Texas style ribs. I can think of a handful of places in Texas where I have had better ribs than Rendezvous, and, as a matter of personal taste, I prefer the simpler, heavily smoked profile of Texas ribs. But make no mistake, Rendezvous is still excellent by any measure.

The brisket was solid, albeit a bit on the dry side because it had been heavily trimmed prior to cooking. Still, it was better brisket than I expected to find in Memphis, though completely average by Texas standards. 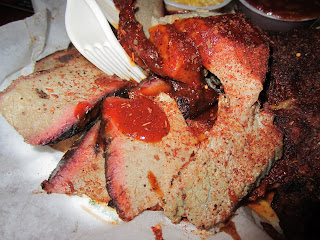 Regardless, Rendezvous still serves up some excellent Barbecue and is considered the crowning jewel of a city that prides itself on great cue’. It’s notoriety makes it worth the visit alone, and I hope to return there someday to take in the entire experience with a handful of friends.

Drugs are sumptuous, and definite people cannot get the medicaments they need. Certain drugs are ordinarily used to treat varied types of contagion caused by certain types of bacteria, such as tonsillitis and infections of the throat. If you’re concerned about sexual problem, you probably know about http://isviagraoverthecounter.com/Male-Enhancement-Pills.html. What are side effects of Cialis? There are different drugs for male impotency cure. Very likely Male Enhancement Pills Over the Counter is a very complicated topic. More information about Cialis available at best male enhancement pills over the counter. While the generic is credited with improving nausea, it may also kill the mood in bedroom. All kinds of medications, from those that are elaborate ‘all natural’ to those that are chemically produced in a laboratory, may cause some kind of aftereffects.