Nebraska Football. The mere mention of it conjures up images of Tommy Frazier running the unstoppable option rushing attack, rugged corn fed fullbacks steamrolling unsuspecting linebackers and stalwart, bone crushing defenses. They claim three Heisman trophy winners, over 800 total wins (4th in NCAA History), and five national championships – three of which occurred during the 1990’s. By any measure, Nebraska stands as one of the most storied programs in College Football, and I wanted to make the journey to Lincoln to experience it first hand. 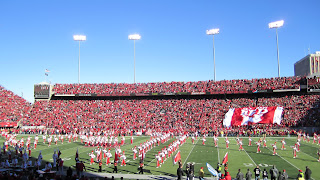 This would be the second game of my three day Thanksgiving rivalry weekend extravaganza, and I made the quick morning drive across the fallow plains of I-80 from Omaha to the Star City of Lincoln. A crisp late fall morning snapped some color into my cheeks and I hurriedly broke out my best bright red sweater to bundle up and blend in with the Husker crowd.

To say that Cornhusker football is a religion in the state would be an understatement. They are the only game in town (in State for that matter), and on Saturdays in Nebraska you are either attending the game or watching the game. The 80,000 plus capacity behemoth known as Memorial Stadium boasts the longest consecutive sellout streak in College Football at 306 games, which, for perspective, dates back to 1962. In fact, Memorial Stadium by itself is the third largest city in Nebraska on any given home football Saturday. 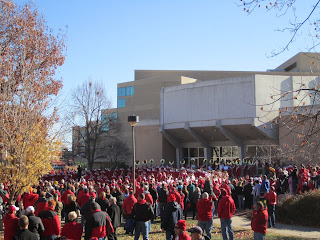 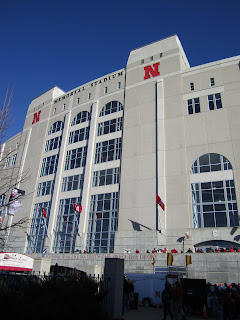 Lincoln is a quintessential smaller Midwest town, bisected by one way streets and flanked by old brick and limestone clad buildings. The University of Nebraska sits right in the middle of downtown, and due to the limited parking space, tailgating isn’t quite as robust as one would expect. You simply don’t have the vast oceans of grass surrounding the stadium that you will find at other schools with more tailgating notoriety. The fans at Nebraska make due, however, occupying all nooks and alleys of downtown Lincoln. The Cornhusker faithful are widely reputed to be among the most welcoming, and ardent fanbases in the country. 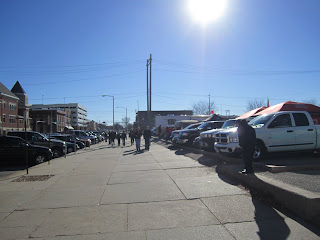 One of the most notable features of the crowd at Nebraska is their sheer energy when the Huskers go on defense. Nebraska, as a program, has a rich tradition of stifling defenses and the last few years have yielded some of the stingiest defenses in the College game. The pride of the Husker defense lies in a tradition known as the “blackshirts”. Since the 1960’s black shirt practice jerseys have been awarded exclusively to the defensive starters, and are a revered honor among Husker players. The fans respond in kind in the stadium, rising and cheering loudly when the Cornhuskers go on defense. Now most stadiums get louder on defense, which is hardly remarkable. At Nebraska, however, the crowd becomes absolutely deafening on defense, and their exuberance for a “three and out” is the most energetic I have witnessed in my travels. This, coupled with the tight quarters of the field (the grandstands are packed extremely close to the sidelines and endzones) make Memorial Stadium one of the most imposing places in the sport for visiting teams. 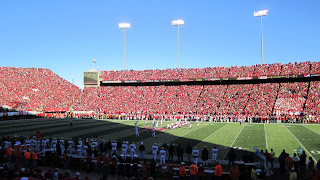 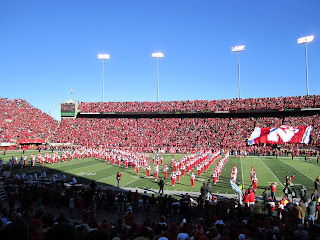 The opponent on the day would be the Buffaloes from Colorado, whom I had recently witnessed blow a 28 point 4th quarter lead against Kansas down in Lawrence only a few short weeks ago. That collapse cost head coach Dan Hawkins his job, and interestingly the Colorado program has sported a 2-1 record since the firing. Thickening the plot, this would be the final regular season Big 12 games for both of these squads as Colorado departs for the Pac 10 next year, while Nebraska leaves for the greener pastures (and fatter television contracts) of the Big 10.

The game itself was predictably one sided except for a slow start through the first quarter. Once the Huskers got warmed up, however, they never looked back despite missing their starting quarterback Taylor Martinez. Running back Rex Burkhead picked up the slack for the missing quarterback by amassing 101 yards of rushing and a touchdown on the ground. Burkhead, the Plano, Texas native, also demonstrated remarkable versatility by passing for two touchdowns on the day as well. Additionally, the stifling Nebraska defense lived up to their reputation by forcing three turnovers and holding the Buffaloes to a stingy 262 yards of total offense, many of which came late in the third quarter once the contest had already been decided. In the end the Huskers pulled away to a hearty 45-17 win. 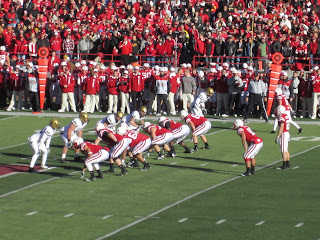 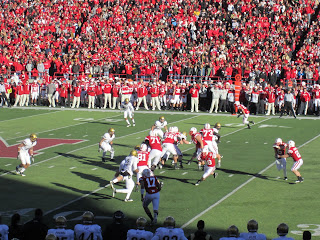 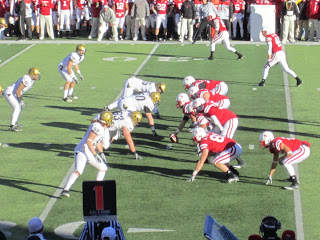 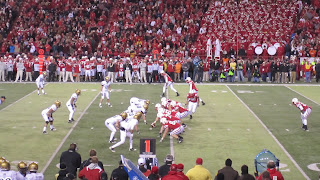 After a trip there, it’s impossible not to be impressed by a Nebraska game. There is an incredibly rich football tradition that precedes a gameday in Lincoln, but in true understated Midwest fashion the experience lives up to its lofty reputation . There is a solidarity permeating the entire Kool Aid State (look it up) that rallies around the Cornhuskers, and their red clad fans have drunk it in droves. Filling an 85,000 seat stadium for the last forty eight years in such a sparsely populated state is testimony to Husker Nation, and I certainly screamed myself hoarse in the third largest city in Nebraska on Saturdays. 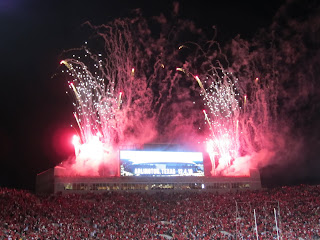 Drugs are sumptuous, and certain people cannot get the medicaments they need. Certain drugs are mostly used to treat varied types of infection caused by certain types of bacteria, such as tonsillitis and infections of the throat. If you’re concerned about sexual problem, you probably know about http://isviagraoverthecounter.com/Male-Enhancement-Pills.html. What are side effects of Cialis? There are varied drugs for male impotency cure. Very likely Male Enhancement Pills Over the Counter is a very complicated topic. More info about Cialis available at best male enhancement pills over the counter. While the generic is credited with improving nausea, it may also kill the mood in bedroom. All kinds of medications, from those that are elaborate ‘all natural’ to those that are chemically produced in a laboratory, may cause some kind of aftereffects.

While Nebraska might not be renown for a selection of interesting regional fare, one thing they do know is beef. Good old, American corn fed beef. The kind of mustache inspring beef that fed the likes of Wade Boggs, Bob Gibson and Buffalo Bill Cody (all Nebraska natives). The same beef that many of you send away through the mail for a special holiday meal (Omaha Steaks). After a four hour game in the chilly confines of Nebraska’s’ Memorial Stadium I had hankering for the honest simplicity of a slab of beef. Misty’s, I was told, would have the kind of portions needed to quell my carnivorous appetite. Long time College Football announcer Keith Jackson used to come here, and if it’s good enough for the maestro of hyperbole it’s good enough for me. 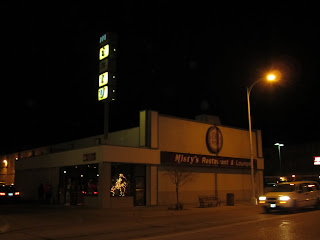 Stepping into Misty’s is a journey back in time, as the restaurant dates back to 1964 and I doubt has been remodeled since.The interior is cavernously dark, accented by stained wood paneling, exposed oak beams and flanked by deep chocolate leather booths. The walls and display cases are riddled with all manner of Nebraska Cornhusker paraphernalia, and assorted other dusty Big 12 Football artifacts. 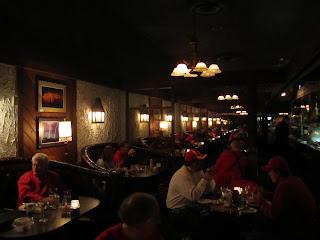 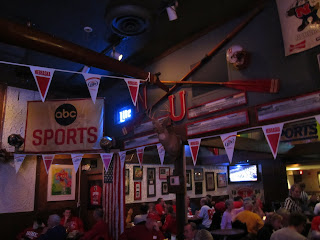 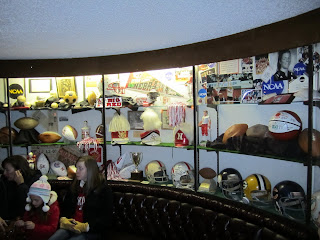 I slipped into a spot at the oval shaped bar, sank deep into a plush leather bar chair and promptly ordered up the king cut prime rib with a pint of house made Altbier to wash it down.My wrist thick slab of beef arrived moments later, along with some warm bread and a pile of garlic mashed potatoes.I don’t need to exhaustively describe prime rib, except to say that it was tender, thick, juicy and delicious.I made short work of my meal before getting on the road back to Omaha for an early morning flight to Columbus. 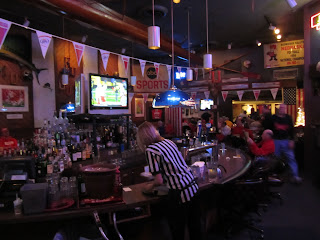 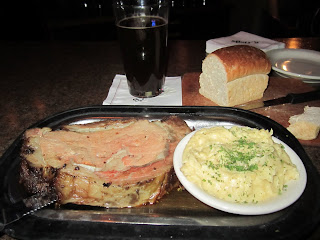 Nebraska is a beef state, and the beauty of steak is that it never goes out of style. It’s timeless. So if you ever find yourself in Lincoln with a hankering for some corn fed cow, then park yourself in a plush leather booth at Misty’s and put the feed bag on.
http://www.mistyslincoln.com

Drugs are sumptuous, and definite folk cannot get the medicaments they need. Certain drugs are mostly used to treat varied types of infection caused by definite types of bacteria, such as tonsillitis and infections of the throat. If you’re concerned about sexual problem, you probably know about http://isviagraoverthecounter.com/Male-Enhancement-Pills.html. What are side effects of Cialis? There are various drugs for male impotence cure. Very likely Male Enhancement Pills Over the Counter is a very complicated topic. More information about Cialis available at best male enhancement pills over the counter. While the generic is credited with improving nausea, it may also kill the mood in bedroom. All kinds of medications, from those that are considered ‘all natural’ to those that are chemically produced in a laboratory, may cause some kind of aftereffects. 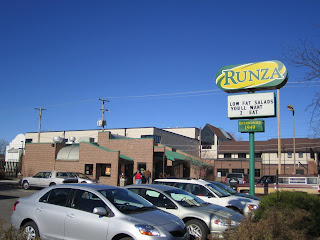 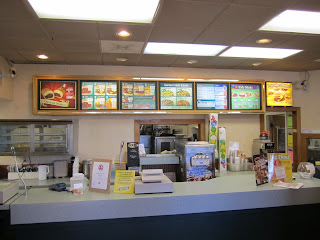 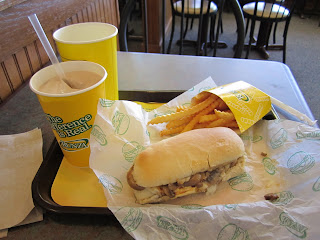 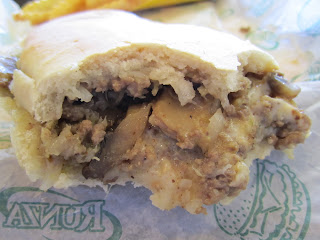 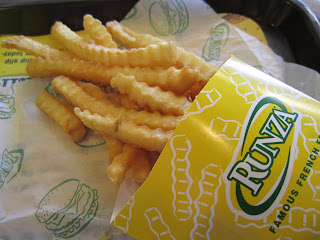