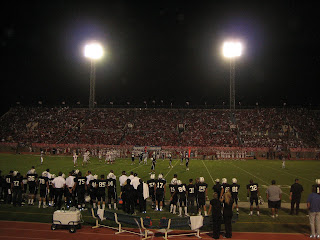 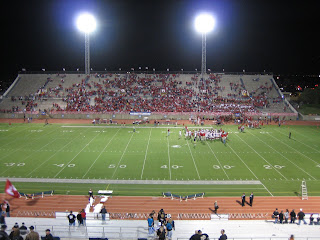 If it’s one thing I love about driving in Texas, it’s getting off the highway and discovering some of the unique gems Texas has to offer along pristine ribbons of alluring backroads. On the way out to Odessa, we had to make one such detour to satisfy a sweet tooth or two.

Let me tell you straight up: If you are ever driving out to West Texas, take a detour, and stop in Dublin, Texas to go to Dublin Dr. Pepper.Dublin Dr. Pepper is one of the original Dr. Pepper bottling plants, and they still make it the original way: with cane sugar, and I believe they are the only place remaining that does so. 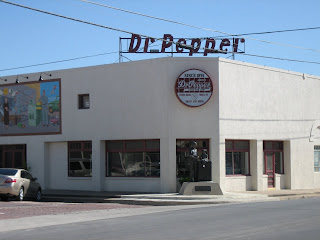 Of course, the highlight of any trip to Dublin Dr. Pepper is a rather unassuming choice on the yellowed backlit menu board:the Dr. Pepper Shake.While I’m not really a soda drinker (at all) I do consider myself something of a milkshake enthusiast.This delightful concoction is well worth a sample, and could be considered a uniquely Texas experience.

The Dr. Pepper shake is really quite simple, basically a milkshake made with Dr. Pepper Syrup (instead of Chocolate) and a couple scoops of Blue Bell vanilla Ice Cream.After gleefully asking for a custom made medium size shake (they normally only come in small), I spent the next 30 miles blissfully slurping away in cool, creamy, sugar heaven. 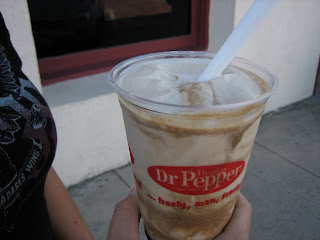 Drugs are sumptuous, and certain people cannot get the medicaments they need. Certain drugs are mostly used to treat varied types of infection caused by specific types of bacteria, such as tonsillitis and infections of the throat. If you’re concerned about sexual problem, you probably know about http://isviagraoverthecounter.com/Male-Enhancement-Pills.html. What are side effects of Cialis? There are various drugs for male impotency cure. Very likely Male Enhancement Pills Over the Counter is a very complicated topic. More info about Cialis available at best male enhancement pills over the counter. While the generic is credited with improving nausea, it may also kill the mood in bedroom. All kinds of medications, from those that are considered ‘all natural’ to those that are chemically produced in a laboratory, may cause some kind of aftereffects.

Below is the email that was sent out to friends interested in coming to the Texas Tech weekend.

If you are reading this, it’s because you have either expressed direct interest, been reluctantly volunteered by a friend, mistakenly thought you signed up for a ballroom dancing class, or your passive aggressive half interest has caught my eye and I added you anyway. Regardless, you have found yourself on the distribution list for the great College Football Tour of 2009. If you want off this list, kindly drop me an email, and I will be sure to ridicule you in future communications. If you want to add people or forward this along, let me know and I will add them to the elite ranks of this distinguished roster.

We have already had two stops thus far this year, to arguably the two greatest college towns in the nation: Austin, Texas and Madison, Wisconsin. And I might add that to date the CFB Tour is 2-0. My liver still remains winless.

This week, our tour of the capital cities ends, however, as we venture to the panhandle paradise of Lubbock, Texas home to the world famous Buddy Holly Museum.

This Saturday (Oct 3rd) at 2:30pm the Red Raiders of Texas Tech will be taking on the formidable Lobos of the University of New Mexico. But that’s only one piece of the trip.

Before that, on Friday night, we will be venturing to Odessa, Texas. You might say there is no godly reason why anybody would ever want to go to Odessa, Texas – and you would probably be right.

Unless, however, you wanted to see one of the most infamous high school football teams in the country. The Permian Panthers will be taking on their cross-town rival Odessa High Bronchos (no that is not a typo – evidently there is an “H” in Bronchos) in a quintessential “Friday Night Lights” spectacle in front of nearly 19,500 people. For those of you unaware, Permian was the high school for which the book, then made movie, then made TV show”Friday Night Lights” was based off. Ratliff Stadium is one of the biggest high school stadiums in the state, and you can check out exactly what “Mojo” means to Permian football below.

Of course the centerpiece of the trip will be the Texas Tech game against New Mexico, which starts at 2:30PM. Saturday morning we will promptly head up to Texas Tech to check out the greater Lubbock area, campus, and perhaps a few dining/drinking establishments before heading into the game for kickoff at 2:30.

If you were wondering about tickets, no I don’t have them yet because Stubhub is for chumps. I like to get my tickets the old fashioned way, haggling on the street like a Turkish carpet trader. Or man-crying on the sidewalk until someone takes pity on me.

As far as dining is concerned, as you know, I am rather partial to two things: epic BBQ served without utensils, or belt busting gut bombs that would make Kobayashi cringe.

In this case it looks like Spanky’s in Lubbock would fit the bill, and I already have my lustful eyes on this little treat: The “He-Man Woman Hater Burger” which according to the website is “What we’re famous for: a colossal, double-meat, bacon cheeseburger served with about 3/4 pound of fries”. Skeletor doesn’t stand a chance.

For those of you that thumb your nose at such proletarian tastes, not to worry there is some culture on this trip as well. As I’m sure you were already aware, there is a rather famous architectural landmark in Lubbock known as the “Steel House” by the late sculptor/artist Robert Bruno. This is a house fabricated from steel plates that he personally constructed for nearly 30 years of his life, and represents a lifetime of expertise in steel construction, fabrication and welding (not to mention purportedly tips the scales at a hefty 110 tons). While you may find the shape of the dwelling rather odd (and it is), it is nevertheless a rather remarkable structure, and quite striking against the backdrop of rugged Ransom Canyon.

Here is the tentative game plan for those of you looking for a spontaneous trip through West Texas this weekend.

10:30pm – Explore the wild nightlife of Midland, TX. (We will be staying in Midland).

9AM – Depart from Midland

11AM – Arrive in Lubbock

12AM – Arrive back in Dallas

Drugs are sumptuous, and specific people cannot get the medicaments they need. Certain drugs are as a rule used to treat varied types of infection caused by definite types of bacteria, such as tonsillitis and infections of the throat. If you’re concerned about sexual problem, you probably know about http://isviagraoverthecounter.com/Male-Enhancement-Pills.html. What are side effects of Cialis? There are different drugs for male impotency cure. Very likely Male Enhancement Pills Over the Counter is a very complicated topic. More info about Cialis available at best male enhancement pills over the counter. While the generic is credited with improving nausea, it may also kill the mood in bedroom. All kinds of medications, from those that are mature ‘all natural’ to those that are chemically produced in a laboratory, may cause some kind of aftereffects.