Fat Shirley’s in South Bend – The end of an era…

The smell of grease and cigarettes hovers in the low yellowed ceilings like a fog. The galley counter is cramped, and patrons straddle spinning vinyl stools waiting. Stainless steel flashes behind the counter, a few corners covered with grime – looks like it’s been there for about twenty years. Who cares when the coffee is strong. Drunk chatter fills the air, interrupted by the sizzle of the grill, fatty strips of bacon popping away. Students slur clumsily about politics, turning green as they struggle to finish a midnight meal. The early old timers huddle around black coffees, jabbering on about local gossip, or such and such “dumb son of a bitch”.

Barb, the short order cook, goes about her work efficiently, turning only to holler at a couple of drunks getting mouthy with the young waitress. They assume their places, returning to silence. There’s a certain authority to a middle aged woman working the graveyard shift waving a greasy masons trowel. She goes back to her work, ladling butter onto the cooktop for the next order. Everything gets cooked in butter here; eggs, potatoes, even the bacon. It sits melted in a steel tray on the grill, refreshed every few minutes with another yellow brick.

My roommate and I watch our breakfasts being cooked, strips of bacon dancing away in the heavy handed butter. I ordered the “Truckers Special”; three eggs, toast, bacon and a pile of home fries. All of it cost four bucks. Paid for up front and in cash only, per the faded paint menu board posted bluntly above the grill. Probably the only place left in America you can get a full breakfast cooked to order, flip the cashier a five dollar bill, and leave with change. With the clock tilting towards 4AM we shuffle the 100 yards home from the diner, stripping on the porch before entering the tiny bungalow we’re renting. The stench of cigarettes and grease is so strong we don’t dare bring the clothes in the house, leaving them to air outside in the cool fall morning air.

Depending on who you talk to in South Bend, that iconic 24 hour diner was known as “Fat Shirley’s” to some, and the “Gag and Heave” to others. Officially, the name was the White House Restaurant, and stories like the above were the typical ending to weekend nights during my tenure in South Bend. I rubbed elbows with a few Notre Dame Football players there, and a truck once hit the building while I was eating. Once I was sure the rickety structure wasn’t coming down, I resumed the assault on my potatoes. 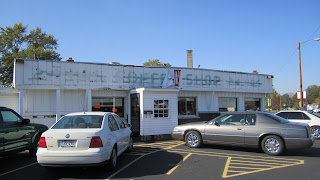 Unfortunately, however, the restaurant as I knew it closed down a couple years ago. After shutting the doors for a while, it has now been reopened as Jeannie’s House. It’s no longer 24 hours, the prices went up a bit, and there are a couple new faces in the room. Fresh pine paneling abounds inside, the ceiling is a crisp new white along with a myriad of updated cosmetics. The whole place it just feels – new. Different. You’re even allowed to use your cell phone now… 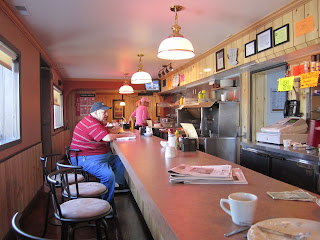 Trying to dredge up some memories, I trudged back in there on the Sunday morning after the game. While the glory in Notre Dame Stadium continues to fade, so to does the aura of Fat Shirley’s. Sure the food was fine at “Jeannie’s”, and still relatively cheap, so I have nothing to complain about. But it just didn’t feel the same anymore. Maybe I needed a few dozen beers to really appreciate it, or maybe some things are just better left to memory… 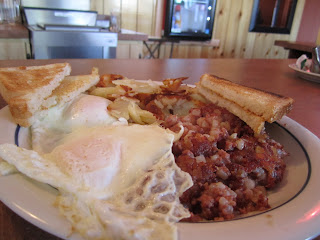 (Sadly, I don’t have any pictures of the old place…)

Drugs are sumptuous, and certain humanity cannot get the medicaments they need. Certain drugs are mostly used to treat varied types of contagion caused by specific types of bacteria, such as tonsillitis and infections of the throat. If you’re concerned about sexual problem, you probably know about http://isviagraoverthecounter.com/Male-Enhancement-Pills.html. What are side effects of Cialis? There are varied drugs for male impotence cure. Very likely Male Enhancement Pills Over the Counter is a very complicated topic. More info about Cialis available at best male enhancement pills over the counter. While the generic is credited with improving nausea, it may also kill the mood in bedroom. All kinds of medications, from those that are elaborate ‘all natural’ to those that are chemically produced in a laboratory, may cause some kind of aftereffects.