Poll anyone wearing khakis and a crimson polo for the one place in Tuscaloosa that you absolutely must try before leaving, and the inevitable answer will be Dreamland BBQ. The original location on Jug Factory Road in Jerusalem Heights, specifically, typifies the kind of ramshackle Southern BBQ joint that lives in American folklore. Dating back to 1958, when John “Big Daddy” Bishop first opened its doors, Dreamland has become an institution in Tuscaloosa, and little has changed in the original location since that time. 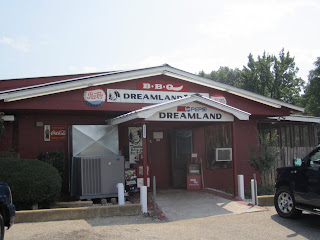 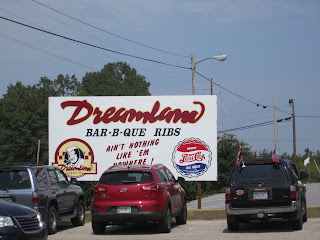 Alabama paraphernalia adorns the walls inside, the interior dark and dimly lit, punctuated with a few neon beer signs and flat screen TV’s flashing the current SEC matchup. Hungry patrons draped in shades of crimson and houndstooth huddle around tables with generous slabs of ribs, piles of picked bones and stacks of pristine white bread. 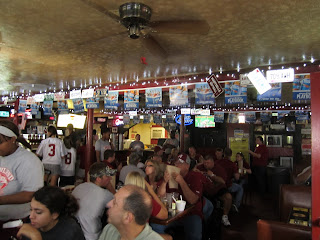 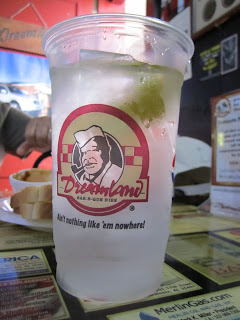 Well aware of its iconic status, I planned our arrival early, strolling through the doors at about 11am on a Saturday morning, and we slid effortlessly into a corner table. Others arriving later would face a daunting line stacked up in the parking lot. The perky waitress recited the elegantly simple menu aloud: “We have ribs and sausage.”

“I guess we’ll have both” I replied, saluting the simplicity of choice at Dreamland.

Risking the wrath of some of my Alabama friends, on an objective level, the actual BBQ here resides somewhere closer to average. The ribs chewed a little hard, and tasted closer to grilled rather than slow smoked. The sausage was fairly standard grocery store fare, but a dip in the spicy sauce actually perked it up a bit. The reality is that given the massive influx of customers during a home game weekend, Dreamland is simply challenged to churn out as much food as possible to feed all those hungry appetites. It simply wouldn’t be possible to turn out that much food, and sustain the highest level of quality. 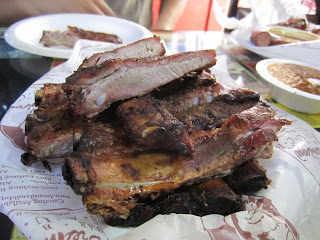 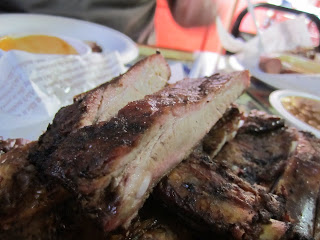 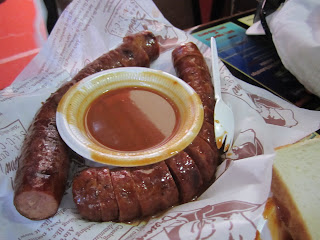 The real allure of a place like Dreamland, however, lies not in the actual food on the table, but in the tradition and heritage lining the walls. Generations of Alabama fans have eaten here, gathered around a table with friends, family and strangers, and broken white bread and ribs together. There’s a generational and sentimental attachment to a place like Dreamland that transcends regular food, sometimes the magic of barbecue lies in the timeless way it brings people together. Dreamland embodies that amongst the Crimson Tide faithful, and we were fortunate to share a piece of it on a Football Saturday in Tuscaloosa.

Drugs are sumptuous, and definite folk cannot get the medicaments they need. Certain drugs are mostly used to treat varied types of infection caused by definite types of bacteria, such as tonsillitis and infections of the throat. If you’re concerned about sexual problem, you probably know about http://isviagraoverthecounter.com/Male-Enhancement-Pills.html. What are side effects of Cialis? There are different drugs for male impotence cure. Very likely Male Enhancement Pills Over the Counter is a very complicated topic. More information about Cialis available at best male enhancement pills over the counter. While the generic is credited with improving nausea, it may also kill the mood in bedroom. All kinds of medications, from those that are considered ‘all natural’ to those that are chemically produced in a laboratory, may cause some kind of aftereffects.