Hot off the runway, I slung my fathers bag into the back seat of the car and sped back North into Memphis for a quick BBQ lunch. We were under the gun to get into Starkville before kickoff, and this would be his only chance to sample legendary Memphis Barbecue. According to the discerning taste buds of my friends Merritt and Dave, if you had one stop in Memphis, BBQ Shop was the one to make. 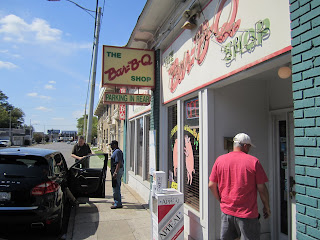 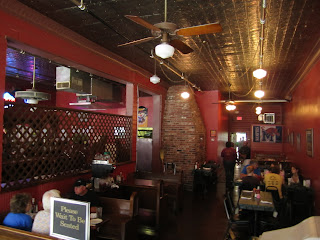 Walking down the sidewalk, a gleam spread across Dad’s face, the telltale aroma of BBQ wafting through the air as we approached. Sliding into a table we placed our orders, opting for a sampling of the pulled pork, brisket and signature ribs that are the foundation of Memphis barbecue. Given my usual aversion to all forms of obfuscating sauces, I prepared my usual request for dry ribs with sauce on the side. Through experience, this is the only accurate barometer for evaluating regional nuances in barbecue skill.

“I’d like that whole order dry please. Sauce on the side.” I explained politely in my customary fashion. Dad cringed, gun-shy about how a cleaver wielding southern pitmaster in the back might receive my blasphemous demand. He’d been in the South for all of fifteen minutes, and I was about to drag him into a spat about regional barbecue preferences. I’ve made this simple request dozens of times, usually to little resistance.

Not so this time.

“The ribs come with sauce”. The waiter explained, brushing away my request.

“Where are you from?” He inquired raising an eyebrow, dumbfounded at such an outlandish affront.

“Well you’re in Memphis and we serve them with sauce here”.

“No thanks. Make it dry. But I’ll try your sauce on the side.” I responded curtly, beginning to lose my patience.

“Listen, we’ve won awards for our sauce. I don’t want you to leave here without trying them the way they are supposed to be.”

I stared back blankly. I’ve heard the “award winning” spiel before. I searched his face for weakness, waiting for him to flinch first.

“Tell you what” he responded “I’ll meet you in the middle. We’ll make half of em’ dry for you, and we’ll put sauce on the other half. That way you can try them both ways. Sound fair?”

“Let’s do it.” I relented. I’d never had someone protest this vehemently, so perhaps there was something special about this sauce. With all that fuss, there had better be.

Our food arrived a few minutes later, and with eager appetites we dug in ferociously. The pulled pork was fairly standard, albeit a touch on the dry side and thirsting for a bit of sauce. Beef brisket was forgettable, having been chopped and losing the moisture that a properly sliced brisket would retain. As I would stubbornly learn the rest of the weekend, a properly cooked brisket eludes Southern barbecue joints. For all the accolades of their pork barbecue, I wouldn’t bother ordering beef in this part of the country again. They just don’t seem to grasp it. 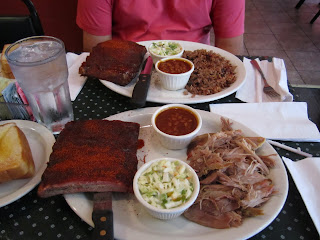 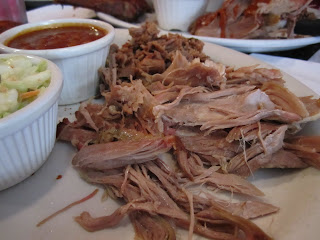 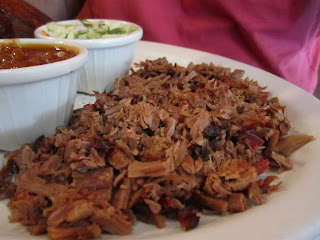 The ribs, on the other hand, were a different story. Having eaten as much barbecue as I have at this point, there are very few instances where I am genuinely surprised. There are even fewer where that surprise is for the better. This was one of those rare instances where I was not only surprised, but completely blown away by something magical. 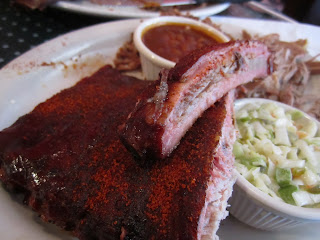 These ribs were absolutely phenomenal. Quite literally some of the best I have ever had – anywhere. Ever.

They were expertly cooked, showing a fat pink smoke ring and pulling effortlessly from the bone. The sticky sweetness of the sauce perfectly complemented the deep smoke profile permeating the pork. The sauce here is deftly applied to the meat, not slathered on carelessly. The ribs are then finished in the smoker for a few minutes, so the sauce melds perfectly with the ribs. Notes of brown sugar and cinnamon offset the saltiness, applied in just the right proportion to work together. One of those elusive instances where all the ingredients complement each other harmoniously. 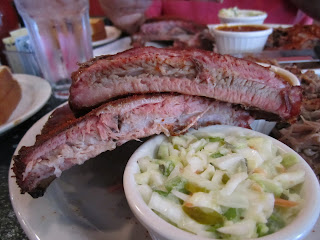 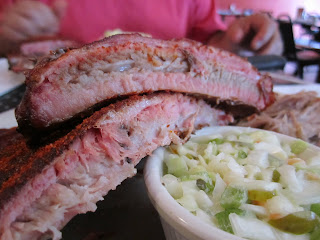 Simply put, these are in the Top 5 ribs I have ever eaten. Period. (You can email me for the other four.)

I saluted the waiter on the way out, tipping him generously, and thanking him for the unusual display of fortitude in his product. If I’m ever within a few hours of Memphis again, I’ll be returning for these ribs alone. And I won’t be protesting the sauce the next time around…

Special thanks to my friends Merritt and Dave for their recommendation of BBQ Shop in Memphis. It’s a daunting task to send BBQ recommendations my way, but they offered up an entire list of Tennessee BBQ joints to try, and highlighted this one as not to be missed. Walk-off homerun on this one guys, absolutely perfect food. Now I can’t wait to visit you in Nashville for more!

Drugs are sumptuous, and specific people cannot get the medicaments they need. Certain drugs are ordinarily used to treat varied types of infection caused by certain types of bacteria, such as tonsillitis and infections of the throat. If you’re concerned about sexual problem, you probably know about http://isviagraoverthecounter.com/Male-Enhancement-Pills.html. What are side effects of Cialis? There are different drugs for male impotence cure. Very likely Male Enhancement Pills Over the Counter is a very complicated topic. More information about Cialis available at best male enhancement pills over the counter. While the generic is credited with improving nausea, it may also kill the mood in bedroom. All kinds of medications, from those that are elaborate ‘all natural’ to those that are chemically produced in a laboratory, may cause some kind of aftereffects.