When it comes to premier barbecue geographies in the US, places like Memphis, Kansas City, Texas or North Carolina immediately come to mind. While Owensboro, Kentucky, located a stones throw from the southern Indiana border might not typically be associated with that list, the city prides itself on being a barbecue hotbed. Putting their pits to the test meant trying at least one of two stalwart locations in the city: Moonlite Barbecue or Old Hickory Pit Barbecue.

Normally, I would have opted for both, but since Moonlite observes limited hours on Sundays, the Old Hickory Pit became my only option for a late Sunday lunch on the drive back to St. Louis. 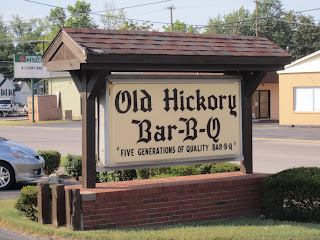 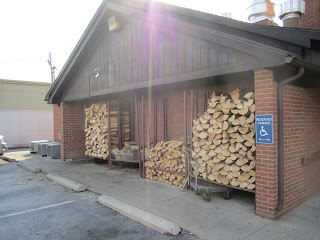 Pulling up to the building offered some encouragement, as a sizeable wood pile was stacked up along the rear walls, always a leading indicator of proper barbecue. Settling into a booth in the dark wood paneled interior, I ordered up the usual brisket and ribs along with a few newcomers to by barbecue adventures; bbq mutton and burgoo. Mutton is a specialty of the Owensboro area, so a sampling was in order. Burgoo is a regional side dish, a stew made with various meats, corn and okra along with a handful of other mystery ingredients and spices. It was reminiscent of Brunswick Stew, often found in older North Carolina BBQ joints. 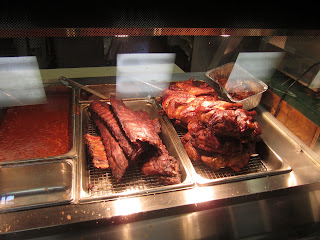 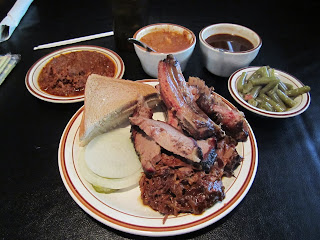 Unlike the delicate butcher block slicing of Texas barbecue joints, or the raspy electric knife found at Snow’s Barbecue, Old Hickory pit takes their slicing to an entirely new level. Hearing the whine of power equipment, I shuffled over to the kitchen area to find the servers carving up my order in a band saw. Intimidating, and over the top. I love it. 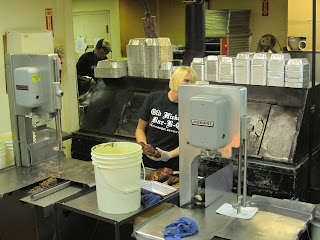 I’m happy to report that there is a dedication to the craft here at Old Hickory Pit worthy of it’s long standing tradition in Owenboro. The meats are smoked with care, both the ribs and brisket enjoying well defined smoke rings and a deep smoke flavor throughout. They had dried a bit, likely from sitting out too long, but the deft hand of the pitmaster still shone through. BBQ mutton was fork tender, but I simply don’t have much of a taste for mutton. They gamey flavor of the meat simply overpowers the smoke, and I’d likely not order it on a return trip. The burgoo was hearty side dish, with a touch of heat to it that would make for a perfect winter meal by itself. 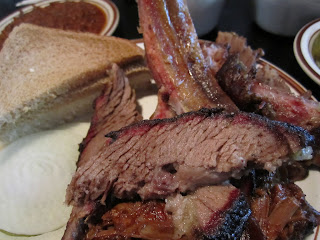 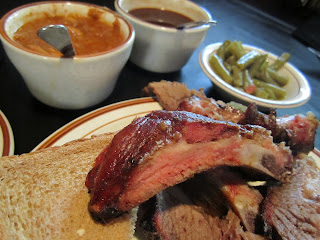 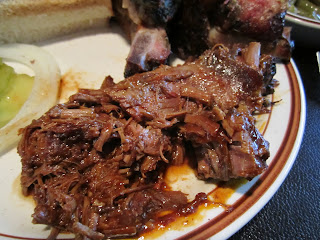 In all, Owensboro was a worthy detour on the ride back. While I’d have to sample a few other joints in the city before giving it more praise, Old Hickory Pit was a great introduction to the barbecue capitol of Kentucky!

Drugs are sumptuous, and definite men cannot get the medicaments they need. Certain drugs are ordinarily used to treat varied types of contagion caused by definite types of bacteria, such as tonsillitis and infections of the throat. If you’re concerned about sexual problem, you probably know about http://isviagraoverthecounter.com/Male-Enhancement-Pills.html. What are side effects of Cialis? There are different drugs for male impotency cure. Very likely Male Enhancement Pills Over the Counter is a very complicated topic. More information about Cialis available at best male enhancement pills over the counter. While the generic is credited with improving nausea, it may also kill the mood in bedroom. All kinds of medications, from those that are considered ‘all natural’ to those that are chemically produced in a laboratory, may cause some kind of aftereffects.