After meeting up with John and consolidating vehicles, we hustled over to the tailgating scene outside Jack Trice Stadium hoping the rain would hold off for a few more hours. With the stadium surrounded by a sea of parking, Iowa State has a robust tailgating atmosphere, punctuated by colorful red and yellow tents, RV’s and converted school busses decked with red striping. Shuffling through the parking lots, the aroma of charcoal smoke wafted through the air, that delightful harbinger of fall afternoon festivities. 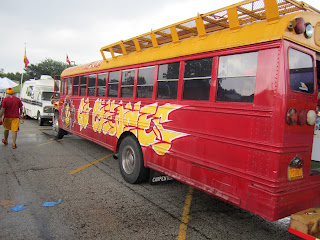 After a quick search, we met up with John’s friend Derick and his family, who may be some of the most die hard Cyclone fans in Ames. The entire family decked head to toe in full red and yellow regalia, they warmly welcomed us to their tent, offering up all manner of tailgate favorites and sharing some of the understated Cyclone passion and tradition. Derick himself has earned quite a reputation in the stadium for routinely smuggling in a vuvuzela, one of those plastic noisemakers that sounds like a pack of angry hornets.

“Oh yeah. Pretty much every week. But I go pick it up after the game, and bring it right back in next game” Derick responded matter of factly.

I saluted the dedication to their craft, and watched curiously as Derick and a friend went about the elaborate subterfuge of hiding the horns beneath their shorts and track jackets. (Hint: the collapsible versions of vuvuzelas are far easier to camouflage). After watching the Iowa State marching band pass through the parking lot, that was the signal for John and I to make our way over to the entrance gates. 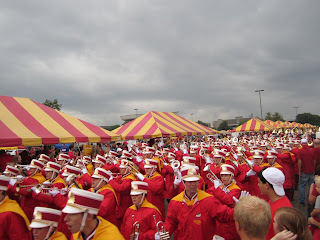 (I would find out later that during this game security tried snatching the vuvuzelas once again from Derick and his cohorts. The security tactics backfired, however, when this caused such an uproar among fans in the section that they started booing security, and actively chanting the horns be returned. This ruckus attracted the attention of police and state troopers who entered the section – taking up Dericks cause, and ordering security personnel to return the vuvuzelas to their rightful owners. The horns happily sounding for the remainder of the game in Jack Trice.

I give credit to those Troopers for doing the right thing and making an exception for the horns – it’s little nuances like this that make up the subtle traditions unique to College Football. Policy need not exist in a vacuum.)

Entering Jack Trice Stadium, we were greeted with the ominous wail of tornado sirens as part of the pre game introduction for the Cyclones. Given the menacing black clouds perched above, John wondered aloud what would happen if there were an actual tornado. Unfazed, we proceed to a couple of spots against the rail in the lawn sections of the stadium corners. 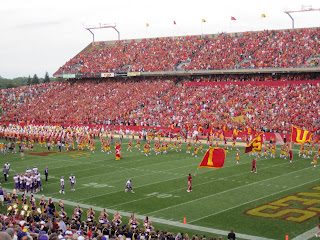 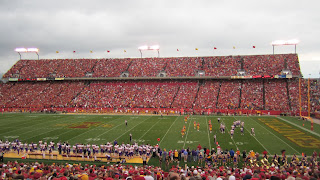 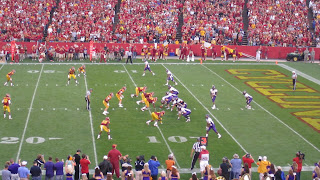 The Stadium was named in honor of Jack Trice, the first African American athlete in Iowa State history. Trice’s legacy is a rather unfortunate one, as he died from injuries sustained during his first and only college football game against Minnesota in 1923. As a result of various student led campaigns throughout the years, the stadium was finally recognized officially as Jack Trice Stadium in 1997. Today it stands as the only Division 1 stadium named after an African American. (Astute readers of the blog will recall that last year we attended a game at Eddie Robinson Stadium at Grambling State University – technically Grambling is Division 1-AA) 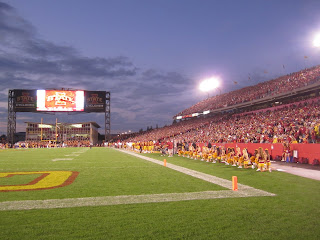 The game itself was a tale of two halves. A complete snooze fest in the first half, both teams struggled to put together any momentum, routinely coughing the ball up and giving the Northern Iowa fans something to cheer for. It wasn’t until late in the fourth quarter that a fury of scoring perked fans out of their slumber. Trailing by six, the Cyclones stuffed in a touchdown with 4:30 left to take the lead 14-13. On the first play from scrimmage for Northern Iowa, however, they completed an 80 yard score to regain the lead 19-14, silencing the Iowa State crowd before their prior celebration had even settled down. Showing remarkable resolve, the Cyclones took the ball with 4:17 remaining and engineered a drive the length of the field – capped off with a touchdown score with only 40 ticks left on the clock. Holding on for the victory, the Cyclones snuck away with their first win of the season in an electrifying finish, regaled by the chorus of 54,672 fans and the shrill wail of the tornado siren. 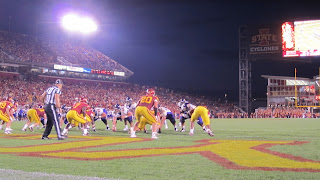 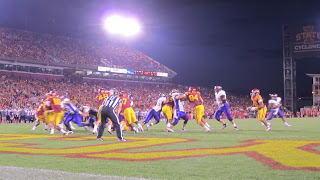 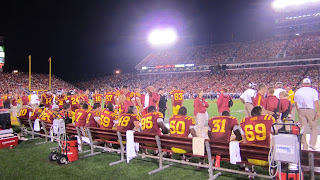 Nothing like a little excitement to kick off the 2011 season… 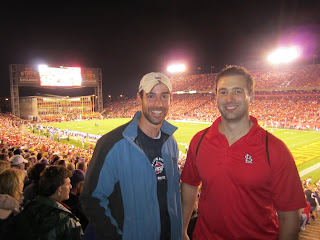 Thanks to Derick and his family for the hospitality at the tailgate, and the entertainment. Next time I’ll be sure not to eat 6lbs of meat before showing up…

Special thanks to my friend John, it’s always great to catch up and conquer a few epic meals. Appreciate the hospitality for the weekend, and hope to catch you again this year somewhere. Glad I could be on hand with you to witness your first ever Iowa State game, maybe this will get you back to your alma mater for more…

Drugs are sumptuous, and specific humanity cannot get the medicaments they need. Certain drugs are as a rule used to treat varied types of infection caused by certain types of bacteria, such as tonsillitis and infections of the throat. If you’re concerned about sexual problem, you probably know about http://isviagraoverthecounter.com/Male-Enhancement-Pills.html. What are side effects of Cialis? There are varied drugs for male impotence cure. Very likely Male Enhancement Pills Over the Counter is a very complicated topic. More information about Cialis available at best male enhancement pills over the counter. While the generic is credited with improving nausea, it may also kill the mood in bedroom. All kinds of medications, from those that are considered ‘all natural’ to those that are chemically produced in a laboratory, may cause some kind of aftereffects.