On the return trip back through Memphis on Sunday, the exhaustion of a two game Southern road trip weekend was starting to take its toll. After dropping Dad off at the airport for an early morning flight, I had time for one last meal in Memphis before making the final charge back home to Saint Louis. Though tempted to simply pull back into the BBQ Shop after an epic Thursday visit and order up a few slabs of their ribs, there were still a handful of places on my Memphis list to check off.

After exchanging a few texts with my friend Joe, a former Memphis resident and fellow BBQ aficionado, he pointed me in the direction of the Blues City Café on infamous Beale Street. Besides Joe, Blues City has an impressive list of accolades, having been featured on various food shows and magazines. 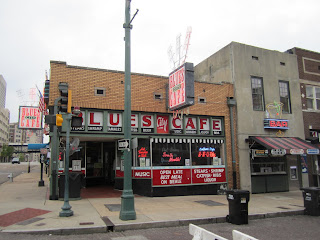 I found street parking a few steps away from Beale, and casually wandered down the street waiting for the doors to open at 11AM. Beale is one of the main nightlife streets in Memphis, often drawing comparisons to Bourbon Street in New Orleans. On an early Sunday morning the thoroughfare still reeked of the party the night before, garbage lined the sidewalks and shopkeepers were out hosing off their sections of the concrete. Reservations began to creep in about BBQ in such an obvious tourist area. 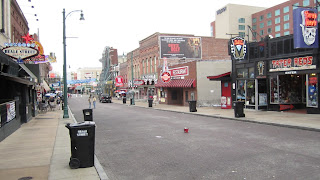 Once the doors opened, I walked into the empty restaurant and settled into a plush vinyl booth. There were a handful of offerings on the menu, but ribs were the only barbecue option. After my dubious encounters with beef the entire weekend, ribs were the only option I was interested in anyway. 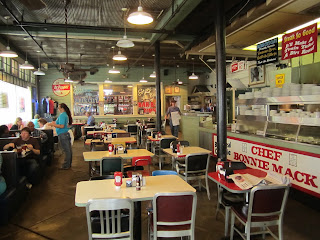 The ribs arrived quickly, with a pile of french fries and a few other sides filling out the plate. Despite my initial reservations, and the touristy location, the ribs had all the hallmarks of some excellent cue’. They had a well developed crust on the outside, sliding easily off the bone to reveal the pink smoky meat beneath. Although there could have been more depth to the smoke profile (given the location I’m guessing its an exclusively gas fired smoker), and they didn’t share quite the same fanfare as the BBQ Shop ribs, this was still skilled BBQ by any measure. Certainly worth a stop if you find yourself wandering down Beale Street in Memphis, just be sure to arrive a bit later in the afternoon once they’ve hosed the place down a bit… 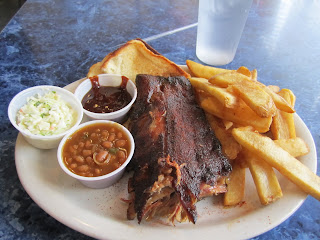 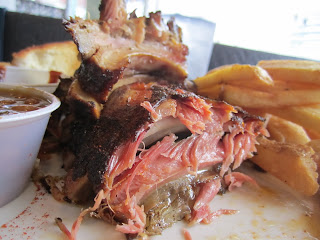 Drugs are sumptuous, and specific men cannot get the medicaments they need. Certain drugs are ordinarily used to treat varied types of infection caused by certain types of bacteria, such as tonsillitis and infections of the throat. If you’re concerned about sexual problem, you probably know about http://isviagraoverthecounter.com/Male-Enhancement-Pills.html. What are side effects of Cialis? There are different drugs for male impotence cure. Very likely Male Enhancement Pills Over the Counter is a very complicated topic. More info about Cialis available at best male enhancement pills over the counter. While the generic is credited with improving nausea, it may also kill the mood in bedroom. All kinds of medications, from those that are mature ‘all natural’ to those that are chemically produced in a laboratory, may cause some kind of aftereffects.